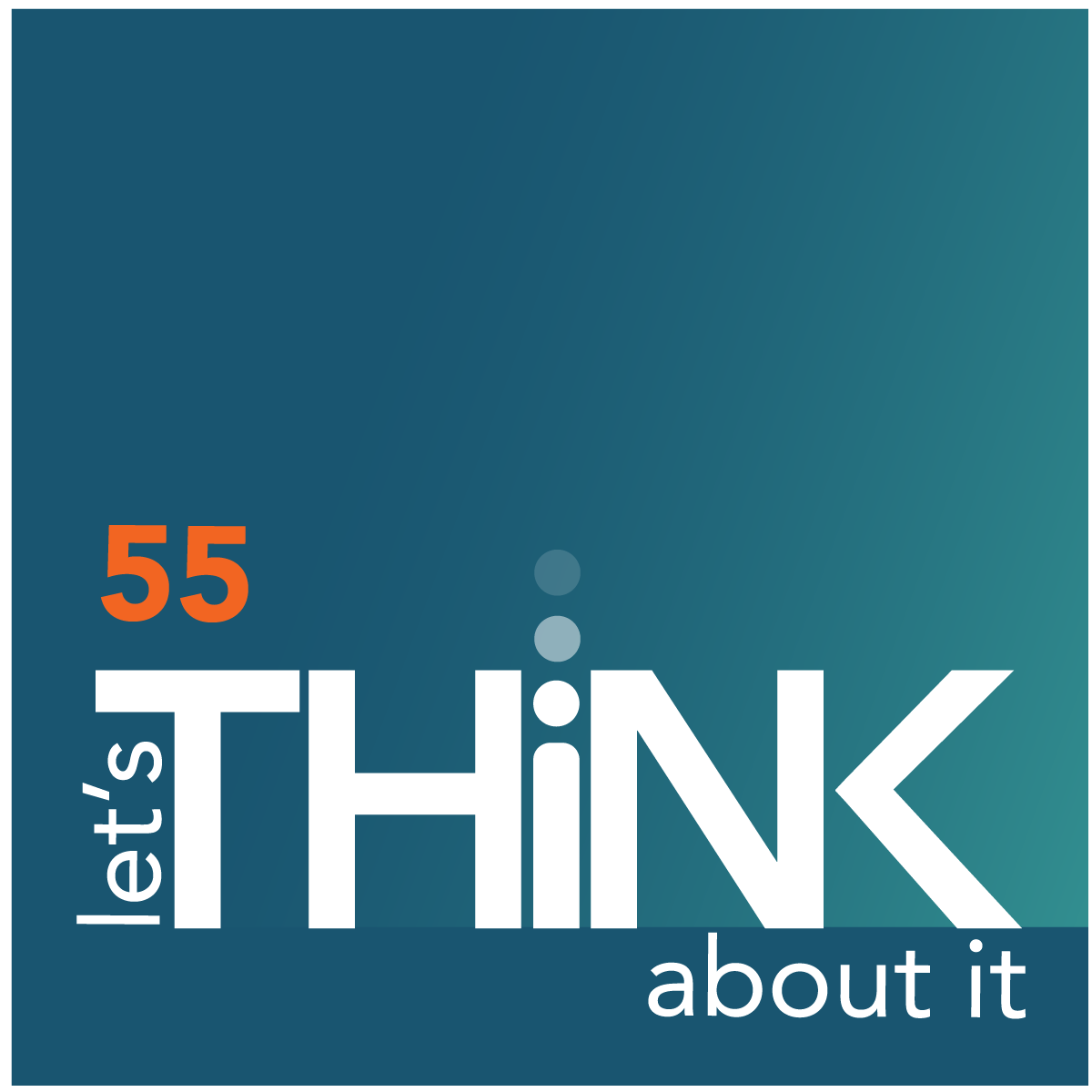 “Living skillfully requires that some things be settled.” We can help ourselves thrive by using jigs, yet often culture shapes us through “choice architectures” nudging us around. Our goal is to realize what’s at play in our culture and immediate environment and choose our own architect.

Today, we are talking again about Matthew Crawford’s “The World Beyond Your Head” and the concept of “Cultural Jigs”

The World Beyond Your Head

part 1: jiggy wit it
part 2: cultural jigs
part 3: how did we get here
outro: human flourishing

I personally do a lot of woodworking, making cabinets or entertainment centers, I’m currently trying to build a window. I have tools that help me, such as a table saw is great, but sometimes there is a finicky cut in a difficult spot and you need a handsaw.

The hand saw has a downside to it: I’m not skillful enough or experienced enough to make sure it cuts it a perfect 90° angle while staying parallel to the edge and lined up on my marks. One trick is to clamp another board on the line you’re cutting, and use that board as a guide, making sure that you stay 90° perpendicular and you’re cutting straight back and forth. This is a very simple version of a “jig.”

Crawford talks about experts making things easier for themselves by “partially jigging” or “informational restructuring” the environment. So as you’re working, you start setting things up around you interacting with your environment, this can be information in the digital space or production in a workshop.

Perhaps consider the workflow of a chef in the kitchen. Not only does structuring your environment help you to be better at what you’re doing, it reduces cognitive effort, so you’re not having to re-solve your problems or waste steps… instead you jig up a workflow, keep your attention on point, and also restrict the freedom of your wandering mind. This is how you build an environment that allows you to get in the Flow State.

The dark side is of course slewing into the opposite extreme: we now use “over determined jigs” which replace the skill… and the mind along with it.

This is similar to Christopher Schwartz who wrote The Anarchist’s Workbench and The Anarchist’s Design Book : If it’s a choice between buying a jig or learning a skill, learn the skill. The goal is to move between autonomy and the assembly line.

“Advanced cognition depends crucially on our ability to dissipate reasoning”

To think complex thoughts we need to unburden our limited capacity brain from having to consider everything, allowing us to use more bandwidth to focus deeply on a specific task. The great achievements of knowledge that came before us and practical wisdom are now embodied in complex structures: the structures of linguistics, politics, society, and institutional constraints. These are huge, complex jigs that are often invisible to us. Yet, we can focus on our daily job or current task because we have outsourced some daily reasoning (mental bandwidth or cognitive load) for some structure and stability.

Max Weber, the German sociologist who wrote The Protestant Work Ethic, pointed out that there was a change in the way the church perceived wealth. We went from the “camel through the eye of the needle” thing about the difficulty of rich people getting into heaven TO accumulating wealth is a sign of God’s favor. The status of your soul was visible in your portfolio, conspicuous wealth was proof of election to God’s elite. This ideology ran deep in America, conflating being a good Christian with thrift and freedom.

“Be Frugal and be free.”

Today we have reversed “Be Frugal and be free,” not back to “blessed are the poor,” but to “be free now, pay it off later.”

It is now moral, neigh virtuous, to carry debt. “Consumer credit” with a good FICO or “credit score” requires a credit card and a mortgage: proof of debt carried long term. We even have “good debt” now: home mortgages and student loans are encouraged.

This is not a moral judgment, but a cultural change over time: we have dismantled the moral cultural norms held previously, and now the “non-thinking lazy individual” is looking for a jig to guide them. Today, they are “nudged” by administrative actions.

There is a book called “Nudge” about how policy can be made to make up for lazy human bias. Crawford relates this to “choice architecture,” the policy that structures your available decisions.

For instance, in “Nudge,” if you start a new job with a retirement package they find that people are often so lazy or blase that they will not check the box to opt-in, even though it is in their best interest. So, the administration sets it up to auto-enroll you. Then people won’t even check a box or make a phone call to opt-out. There is nothing but default behavior.

The problem here, as Crawford describes, is one of “character.”  Character seems to come from habit, which we have discussed previously as a predictable or reliable pattern of responses developed over time to solve specific problems.

habit seems to work from the outside in; from behavior to personality”

Your behavior is shaped by your environment, through cultural norms, which then form your “character.” The circumstances that shape us are often through administrative and cultural nudges.

The ramifications are: if you were auto-enrolled in your 401k and you never unenroll, you have never really faced down anything, made a decision, or confronted temptation (should I save for the future or have more money now?) You have only allowed the virtues of the current system to be further stamped into your personality, and you have fallen deeper into the rut in which your stereotypical life is laid out for you.

Without the friction of making decisions, we don’t develop character, we are developed by external design.

Our acquiescence, our inaction, allows our attention and priorities to be managed by others. This is the manipulation by attention pirates we mentioned in the last episode.

Living by “default mode” means being adrift on the current, readily swayed and shaped, nudged, or herded into place. The administration says, “relax, we will take care of you” while the corporation, with no accountability to the common good, says “you have been softened up, now let us take advantage of you.”

“Choice architecture will happen. We just need to be aware so we can choose our architect. “

In behavioral economics, they do studies in isolated environments to control variables. The tests show on average, we have little skill at practical reasoning. So we outsource it. Living in a “capitalist representative democracy technocracy” (a few of our cultural jigs) we have been habituated to hand over decision power to sciencey specialists, or really anyone. According to behavioral economics, we can’t be bothered to think too much about it.

Historically, after WWII “the left” started a project of liberation. They busily unmask and discredited “cultural Authority,” which means dismantling our inherited cultural jigs. These jigs, things like churches, family, and trust in government, provided coherence for individuals.

This lack of coherence means that individuals are at a loss for how they fit into society. This is exactly the same problem Otto von Bismarck solved in 1871 by applying military bureaucracy to the German state: individuals were running around in packs, terrorizing each other, and upending stability for everyone. For a society to work you need stability, shared goals, and a sense of contribution to those goals.

The project of Liberation led to a new unencumbered self.

Into this void of meaning (dismantled cultural authority) steps “the right.” They offer up the idea of the “rational actor” who is reasoning and maximized profit. A sciencey/economic solution to a cultural problem. Cultural authority’s role is to regulate society, as much as to provide a framework for stability, so who regulates this ideal economic, reasoning man? Free markets.

As we know from the 1980s free markets deregulate everything. Our increased liberation has de-regulated us. This means we now have to spend more time, energy, attention self-regulating. In this time of the individual as their own authority, you have to have self-discipline.

But all solutions are increasingly economic. We can relieve the burden of self-regulation by payment for “cultural jigs.”

Consider paying an accountant so you can relieve the burden of taxes, which in turn can make you more irresponsible, less self-regulated. By paying them you can avoid going to jail, and if you have enough money they shelter your wealth from taxes, allowing you to get richer while being less responsible. Double this class luxury of outsourcing self-discipline to paying for tutors, chefs, and fitness trainers: we pay for others to nag us, feed us, and make us smarter.

Earlier we talked about dismantling cultural authority for liberation. This was done by both “the left” (dissolving cultural, traditional, and parental authority) and the right (de-regulating state authority in favor of markets), yet it seems the “disciplinary functions of our culture” still exist.

Crawford says there remains a cultural cost for not having discipline: If you can afford a therapist to help save your marriage, help you raise your kids, and get them into pedigreed schools it passes social capital forward (as well as the financial capital) which allows the next generation to pay for their offspring to regulate their discipline: this ensures a dynastic succession through affording better cultural jigs.

In the 50s and 60s, you had Protestant thrift, parental authority, and cultural shaming around gluttony. These were not great models in all respects, but they were available to everyone. The need for discipline around finances, behavior, and consumption has now moved from readily accessible churches, parents, and friends to privately paid life coaches, therapists, and personal trainers.

Discipline has been privatized in the space left vacant from the culture wars.

Crawford brings up the example of a chef cooking in a kitchen, who gets into a flow state, just chopping and spinning, and handling five tasks at once with impeccable timing. He is savoring his own human excellence, he is a human flourishing within the carefully modeled constraints of the kitchen. He can improvise, he is wholly absorbed and connected to his environment.

“Living skillfully requires that some things be settled.”

Crawford wants to remind us that “the ideal of freedom from external influence doesn’t capture all the elements that contribute to an impressive human performance.”

On a larger level, this episode is questioning the ideal of the “free” individual, pursuing their internal desires, and over-indexing the world inside their head. Crawford is asking us to look at the external conditions that shape our character.

So, our next episode will be looking more at the individual human – what exactly happens when we become skilled because there is a type of freedom in undertaking the discipline to hone your skills. How does our cognition shift when we are skilled? And what exactly is embodied perception or embodied knowledge?

Matthew Crawford, The World Beyond Your Head (2015) _ link