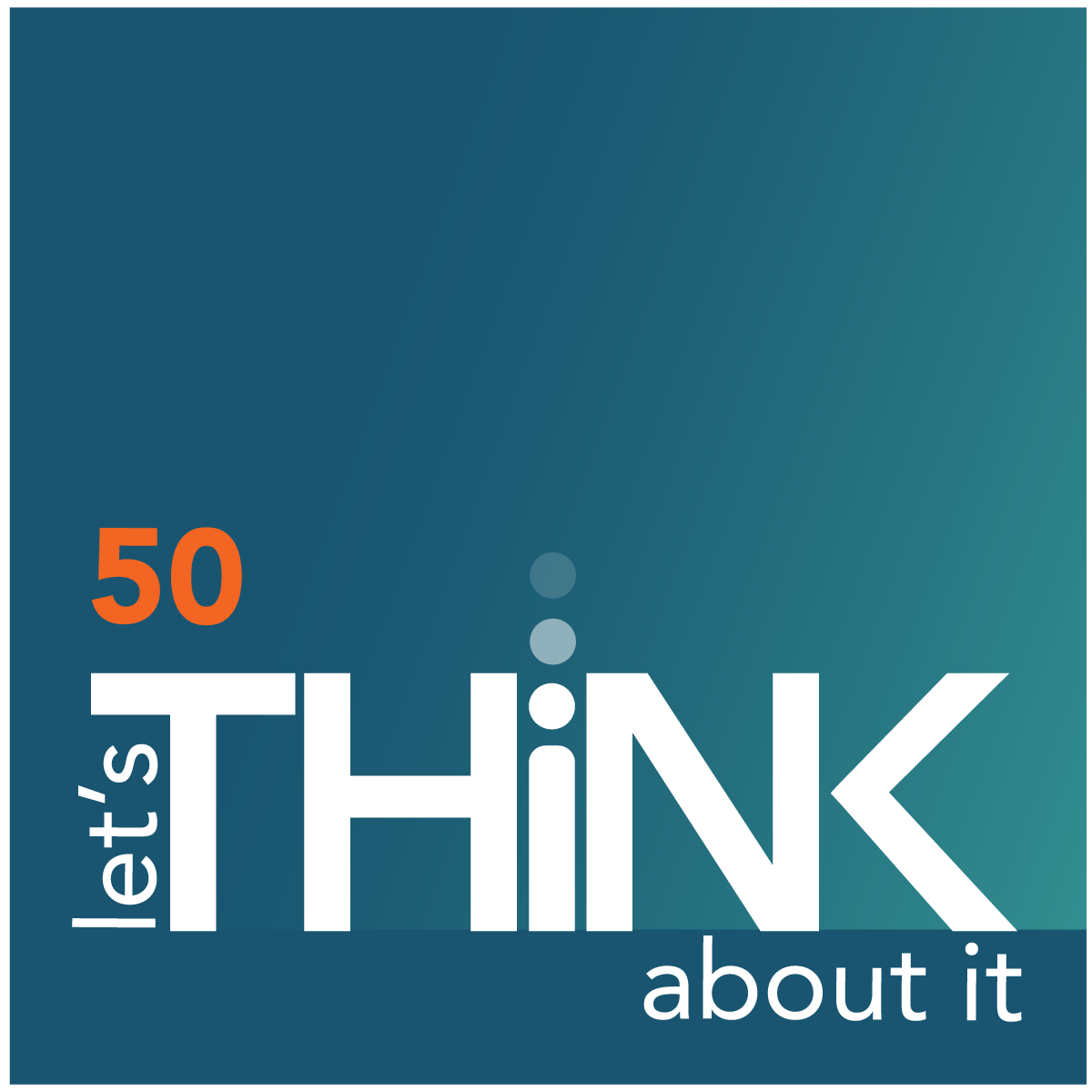 The extreme of self-optimization is to become heroic…

and who better to look at than fictional superheroes to map out a few problems through application of power and overcoming.

This is part 3 in a 4 part series on Optimization.

In this episode, we look at optimizing humans from fictional trained assassin killers to real world examples of Tiger Woods and chess families. The idea is to specialize and mold something/someone beyond average. From behavioral science we have paths forward, but to reach beyond our limits we often lean into technology. Yet history and fiction warn against science as deterministic and a problematic shortcut to actual overcoming.

The question of “why to self-optimize” becomes more philosophical: what are our goals? Are they spurred on by superficial conformity? We look at the  Übermensch through Nietzsche, a template for the superhero often reduced to the image of the physically fit warrior. But the Overman is actually spiritual overcomer and creative, and to better understand that we must look also at Nietzsche’s Lastman, the secure rationalist.

Perhaps there has always been an effort towards optimization, and it generally looks like technology. When speaking of self optimization, or overcoming , we are speaking of the hero’s journey popularized by Joseph Campbell. Campbell spoke a lot of the parallels of the external journey and the internal journey… the external circumstances gave the individual the opportunity to react and grow.

In the 50’s-70’s there was a wave of belief in unlocking human potential through psycho-science-type things like intensive practice hypnosis and subliminal training… or just LSD. Some of these practices were previously used in religious awakening, but we wrapped them up under the guise of science, and then they were abused by programs like MK Ultra.

During this time, people thought of the human as a blank slate that could be written, molded or shaped. (optimized?) An example of this is Laszlo Polgar, born in Hungary, and with an idea about raising children, ended up getting married and having his first child in 1969. He and his wife Clara, raised children around the idea that they could create a genius through specific narrow focus. They had three children, the Polgar sisters, who all excelled at chess, reaching amazing heights, and were declared National Treasures.

In fiction, chess is too boring, so the blank slates are in the genre of assassin Killers: examples are Kill Bill, Atomic Blonde, or Leon the Professional where they are trained, usually for revenge or duty. On the darker side you have children raised by handlers or governments as weapons, like in John Wick, Black Widow, Hannah, or Kate.

So what if instead of being a badass with Kalashnikovs and stilettos you’re a phenom with golf clubs? This is the Tiger Woods story, a history of brutal authoritarian parenting generating mental resiliency and overcoming. A lot of success, but a lot of trauma.

Physically, many of us are not capable of such heroic heights: we cannot optimize enough to overcome our genetics, despite how much protein we consume. Enter science to the rescue as the mythical augmented man: Perhaps the Six Million Dollar Man or the darker side of Robocop, more of an automaton cyborg. Talk about efficiency: just turn the man into a machine.

We are culturally conditioned to accept this is the way of the future as far back as cartoons like Inspector Gadget: the bumbling doofus with all sorts of extensions and rockets and wheels that both saved the day and naturally lead to slapstick pratfalls.

Backtrack: This takes us back to an earlier podcast, step 28, in which I mentioned Henri Bergson, and his summary of what makes something funny, which is “the mechanical encrusted upon the living.”

Of course, the real warning: when we lean too heavily into external power, technology, optimization (or even habits and productivity), we cease to be human in a certain way. We trade in the hard path of “overcoming” for the easy path of instant power, and in that substitution, we lose something.

Yet, an alternate form optimization technology exists: Arcane Magics. I’m going to suggest, this path of learning the secrets of Arcane magics of habit stacking and personal productivity is the most alluring current path to be super, to achieve your potential.

From Fiction to Fact

While I have been talking about science through fictional stories, in many ways it has stepped into reality.

You want to see something insane: look up clips from the 1920’s Olympics compared to todays Olympics: Over 100 years the science of optimization and dedicated practice works… physically at least… until they turn into that unhinged balance beam killer super model from “The Spy who dumped me.”

In America, we seem to live in a society that links success and progress and achievement with wealth and appearance. This is the manifest destiny of self-actualization woven into the Protestant work ethic, capitalist, American Mythos… and technology is often the vehicle and the key.

But dedication to science and technology is problematically deterministic and class eugenics can spring up from it, as played out in the movie Gattaca. The secret to tricking an unjust technocracy? Keep secrets, and work harder than everyone else.

But in this age of the internet we need to know exactly how: what was his diet? What drugs was he on? Boxers or briefs?

And this is the trap we are in today: there are so many paths laid out before us by the millionaires and self-hacking crowds that we have a myriad of paths to successful optimization. Yet when someone, like in Gattaca, has an overpowering, all-consuming goal to be more… or in Kill Bill to kill more… we find their dedication and focus grants results.

This can be called “dedicated practice” and myths of a 10,000 hour rule to mastery circulate around it. The beauty of it is that maybe we don’t need neural implants and bionic arms. Maybe the new magics are habit stacks, routines, the mystical arcana of time-blocking and flow state.

The only thing left is to find an all-consuming, overpowering desire that we can shape our life around… and that is not so much hero stuff, as a very old question of all of mankind: what is my purpose? What is my mission?

The Superman, the Ubermensch, Nietzsche

How can we do an episode on superheroes, and overcoming without at least bringing up Friedrich Nietzsche. He popularized the concept of Übermensch or Overman or Beyondman… now most commonly seen as Superman.

(By the way, this concept is affiliated with the Nazi party due to Nietzsche’s sister misusing his texts.)

The Overman is really a man of overcoming… and to confuse it with physical power as the Superman warrior is quite superficial. In our society many people appear superhero, overcoming physicality, but staying in vanity. The hero’s journey is ultimately a journey towards self-integration, towards wholeness, and as Jung said “individuation” through the unification of opposites.

In Nietzsche’s book thus spoke zarathustra the prophet Zarathustra, who comes down from his mountaintop to share his knowledge with masses is spurned by the people.

He attempts to tell them of the Ubermensch, but they reject this hard life of overcoming. All spiteful and disappointed, Zarathustra decides to prophesy the disgusting concept of Last man: a lazy decadent person, born of a civilization incapable of standing up to challenge or hardship, only interested in comfort.

The last man takes no risks, preferring security. This is the soft and secure rationalist who has forgotten how to dream and everything the Ubermensch would do appears as illness, or madness.

Intentional hardship? Are you crazy?

So, how do we push back against the zombie conformity of security that seems so rational? It seems – indeed – to be illogical to try. Isn’t it in our best interest to protect ourselves and stay comfortably in the middle of the herd? Yes, for survival maybe, but what about thriving? What about self-actualization?

One way is to find something external to ourselves that is more important, someway we can help: A hero uses the challenge, the tension and hardship, to manifest creativity, to innovate.

Are scientists and technologists our superheroes, the innovators or our time? How about the optimizers, the overcomers?  The guys and gals hitting flow state, or testing intermittent fasting: testing, and testing, and suffering, and sharing all this data with us. Are they climbing the mountain and coming back down with the mountain-top insights? Perhaps. But what if their motivation is internet rewards, or just a whole bucket full of hacks? That would be a less than noble goal.

Experimentation can happen culturally, too. Can we not appreciate the heroism of the alternate lifestyle?

The real challenge, the wisdom handed down to us through some religion, philosophy, and myths is to blend all opposites: overcome and move beyond dualities of good and evil, conscious and unconscious, spiritual and earthly… this is how you become an individual.

Most of us are what is called a “dividual”, not undivided, as an “individual.” We are the divided self. Fragmented. We have not overcome or transcended, or as Hegel would say “subsumed.”

Sure, we might be fit, we may look like the image of the superhero, but is maintaining appearances more like the act of the lastman? I am not saying they cannot coincide, but the motivation is a vital distinction to understanding conformity and overcoming.

What I do know, is we -in our society- are really good at superficial appearances… placing the signifier before the signified.

The point, I think, is that to become a real human, a whole and integrated self, is a harder and a more heroic a journey than scientific shortcutting or following formulas that guarantee results. Sure, science/tech is great and helpful, but it shouldn’t do the overcoming for you: you have to do that.

Also, the hero is often portrayed alone, the monk ascending the mountain to find enlightenment or Superman in his Fortress of Solitude after keeping secrets, but you do not have to do this alone. Sure, you will have to work and push back against mindless conformity, but take the journey with others and avoid the solipsistic individuality of the shallow villain.

I don’t want to see any of you wearing spandex and laughing maniacally.