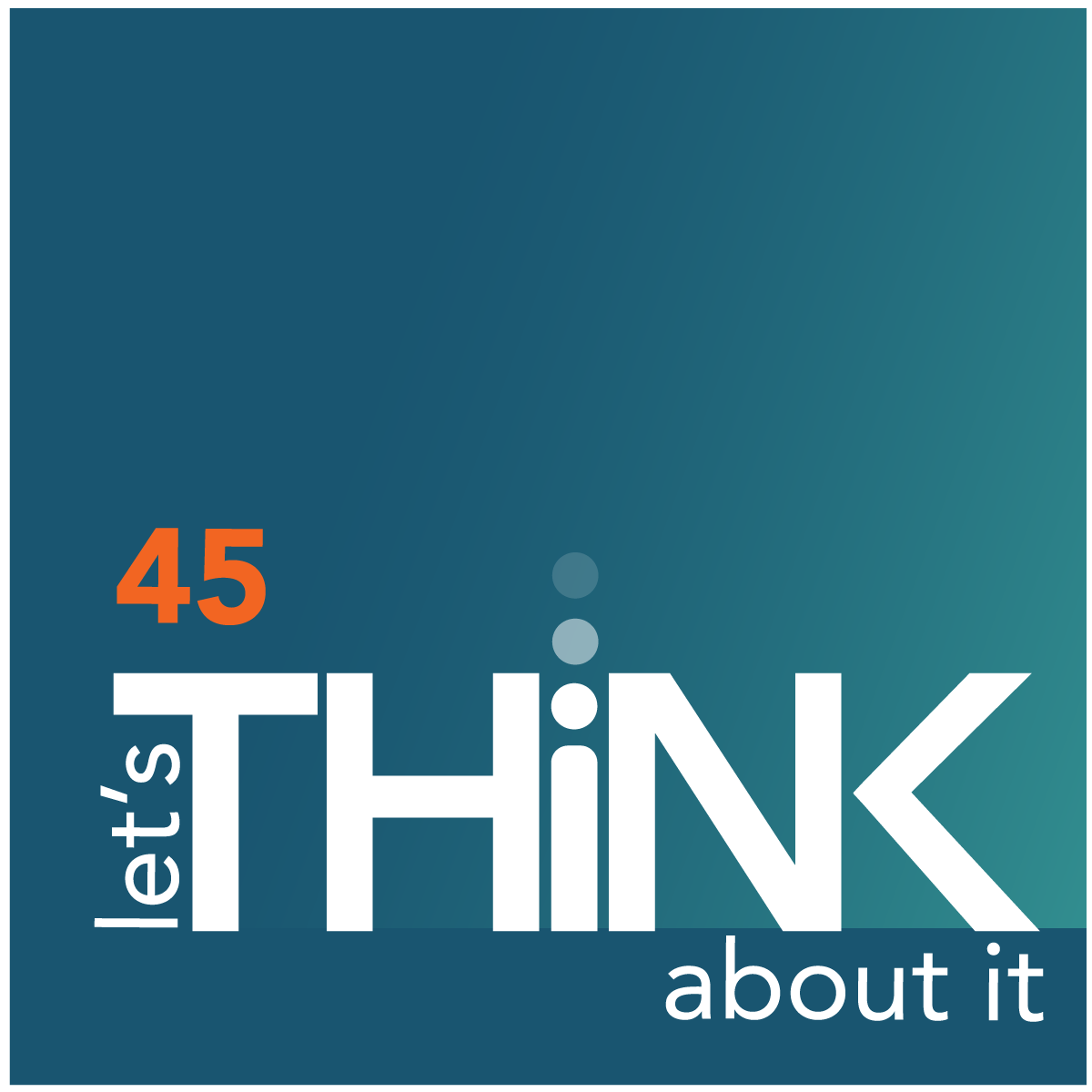 A synopsis of the movie Free Guy: unpacking how desire drives difference to produce action and identity, and how capitalism exploits the excess value of difference and love. Oh, right, and how AI is similar to a government evolving from source code, and we need to be very aware of the bias of coders.

Along the way we dig into the political philosophy of Hobbes, how Arendt despised his mechanistic views (citizen into subject into cog), and how Labor, Work and Action play out towards self-actualization. We also get into Deleuze and difference, how more of it breaks you out of your fixed sameness to approach the Eternal Return (Nietzsche) and a bit of Hegel in in there too.

I am a newbie to this philosophical content, but this podcast wraps around the notion that the individual, by producing identity -through Work and Action- which generates difference , produces excess at the extremes, which capitalism attempts to extract, perhaps by collapsing Love into Desire. It also approaches the notion of A.I. as a terrarium, just like our state apparatus, in which our story is defined and played out.

This week, we were offered a story of an NPC, non-player character, in a video game called Free City. And what happens when Guy, played by Ryan Reynolds becomes sentient. He is triggered awake by seeing a girl. Shocker right? He becomes a sentient algorithm, able to see his desires, take action, and even judge the relative value and merit of his actions.

Well, the backstory is, the two programmers, a girl and guy, develop an AI, artificial intelligence engine, that allows characters to grow and change without human input or interaction.

Naturally, the programmers are maybe in love, but are maybe too immature to know how to express it. A totally rad, bro capitalist buys the AI and scuttles their “pure and sweet dreams”, basically an AI “garden of eden” terrarium.

NOTE: two young, awkward genius programmers, who can’t get out the words to get someone out of their pants, frustrated, make a petri-dish to grow life in… so, yeah, they made a baby making machine, because they couldn’t get past their emotional immaturity to make their own baby… so now, we have sentient NPCs crying in the garden to two clueless parent/gods.

Long synopsis even longer: The female programmer falls for the NPC, of course, and eventually has to tell his creator he is simply “a love letter from the author.”

Romance and Capitalism. The moral?  pursue Noble Passions, do not cave to the temptation of the base and mean, though it surrounds you.

The reward is beyond money, and will reward you more deeply for longer, and who knows? maybe you will get the girl, or guy, or hunky algorithm… or the dopey, buff algorithm.

Why do we need an AI? (This is answered at the end, but given “human idiocy” making anything like us is bound to be a failure.)

To comment on the story and AI, we will borrow Hannah Arendt’s terms for WORK, in which she distinguishes between the drudgery of labor, the productivity work, and the self-becoming of action.

The AI is a challenge progression: from robot labor to creative work mimicking human behavior to self-aware action… to create something that can meta-cognate and make value distinctions.

We are just attempting to leap the uncanny valley, and hoping the artificial grass is greener.

But, what if we get past anthropomorphization?  If the AI can see that Goodness, Love, and Purity are really our Kryptonite… then when you dangle some lovey, attractive cuddly thing in front of us we go stupid. The best way an AI could get protection is to exhibit cutesy love. And, of course, this is the plot of many sci-fi books and movies, such as Ex Machina or Vivarium, where the true test for an intelligent machine or species is to prey on the human weakness of emotions and love.

This is that ugly deep sea fish, the angler, with the little dangling light it uses to attract the other fish. The little light is the dangling Ryan Reynolds…

Pursuing Desire (once you have it, generally from discontent) takes work and action . To create your own story, where your actions effect the world is your will to power. A negative (discontent) moves us from our Contentment, that banal sameness that produces nothing new. however, difference… difference produces change.

This where in Nietzschian terms we begin to move beyond good and evil, because the fascinating thing is, negative and positive are both forms of difference, they actually mirror and contain their contrariness in each other, they are just categorized by degree and distance. The more difference, the more transformative it becomes.

Sameness, contentedness, can be when we are subservient to the same illusions… it is not really being alive, it is merely enacting historical, conservative values repetitively: these are phantasms. That’s what movie projectors and shadows on cave walls are… They are the flattened, inverted forms of life.

To escape this flattened category is to increase the difference, negate the sameness, even if it is through radical repetition.

We thought we had an identity before… but this big “D” Difference is beyond the lame-ass category of identity: by enacting such a difference, we break the category… we approach transcendence, we manifest the beautiful soul, and enter the Eternal Return.

In Free Guy: The hapless coders produce an AI, the crooked capitalist produces douchery and employs tons of people, and the awestruck NPC levels up to get the girl, then transcends that ~ all of them go to extremes of difference, they power through, and to each there is an affirmation. We are talking about Action, and Difference… about being aware, being motivated and taking action. We are talking about breaking the script.

At the end of the day, why are we trying to make an AI that is sentient or aware?

Because we lazy humans would like to stay at the WORK level, never taking the  ACTION to become AWARE ourselves. We will build a machine, an AI, to achieve enlightenment for us.

Call now, and for a limited time we can get ship you three cans of Deleuzian Difference Spray. Stand out. Smell difference, be difference. and watch her eternal return to you….

Adding more, an infinite repetition of forms with infinitesimally tiny differences, keeps us trapped in the same point of view. It is the logic of the simulacrum, with no grounding, fractally expanding and dispersing with no purpose. Capitalism and the market feed us small consumable changes: over-valued, over-marketed. This incepts (or coopts) our desire to move beyond the sameness, feeding us infinite multiplicity as novelty. It is saccharin, artificial fulfillment.

As Anthony DeMello says, “We must wake up.” Drop your illusions.
As Deleuze says. Quit becoming the Representation, become an experience. (pg 51?)

Let’s talk about the state, or the government. People set up these frameworks that are meant to serve the citizens, yet they are rife with contradictions: the state has coercive power over us, yet it allows us liberty. This is Isaiah Berlin’s Positive and Negative Liberty.

Setting up an AI and a State have similar problems… namely intentions and the blind spots of the authors.

The NPC in FREE GUY is constrained by the limits of the game… the limits of the state… and in this way, government limits and shapes us, because even when we enact our highest state of Action, self-actualizing within the community, that happens under an umbrella of the state, in response to the state, whether we choose to acknowledge it or not.

The state is the story in which our story begins. It is our terrarium in many ways.

Thomas Hobbes, who wrote Leviathan, is one of the earliest ideas of a modern state, a state that recognizes individuals wanting freedoms rather than a sovereign’s dictates determining people. It uses artifice, a bit of deception, to constrain and balance for human brutishness, but overall, it’s goal was to serve individuals. So… the key innovation here is individualism.

Hannah Arendt, seeing what the Nazi regime perpetrated, despised Hobbes’s “mechanistic” reduction of the citizens turned into subjects… and the subjects turned into cogs. Because she saw the evil a cog, a bureaucrat like Eichmann, could perpetrate. Her notion of how the state could serve individuals was radically different.

We now have Representative Democracy here in the US, and a fascinating idea is not to think of “Democracy” as the key point, but “Representation” as the key point. This points out that the founders were quite fearful of true democracy, the “tyranny of the majority” as Tocqueville says.

When our founders built the political AI engine, that we call a constitution, it appears to be based on premises of “equality” and “liberty” that actually never allowed for equality or freedom. The contradictions within the system means that as it evolves, particular points increase in prominence and divergence. These points come, in part, from author bias.

One thing I have not discussed too much, but is key: for Arendt, to take ACTION is to manifest your story in public. Not private. The path should be open for you, but it often isn’t for many people.

There is a friction here, often between the Story told (individualism and freedom) and what will be tolerated (reality, law). There exists an interstitial GAP between the story and the law, society and privacy, spaces that some people occupy and work to expand.

As GUY found out in the game, as an “NPC” his actions were not explicitly denied, because they were new… never considered. He was not considered, because he was not a “he” or any type of human. This gets into some concepts I recently learned from Charles Mills, The Racial Contract, where colonizing imperialists saw indigenous people as “sub-human” thus not human.

The logic is, someone like Kant, the Western world’s preeminent moral philosopher, could be extremely racist because his morality only applied to “civilized men” which were by default posited as “white men.” His categorization blinded him. So will it be with Artificial Intelligences.

The NPC is a soft entry to this concept of how we treat the sub-human.

In the movie, Guy the NPC, due to not being “seen” as sentient or intelligent was at first unrecognized, then written off by incurious system admins. This allowed a modicum of Freedom, wiggle room in that interstitial space, until his difference became so pronounced that people had to take notice.  As he took action, his “difference” became excessive, beyond the category of NPC, which at first is negative for the game but affirmative for him, and as Deleuze and Neitzsche may say, “The extremes of difference are productive.”

And thus, we fall back into capitalism: Excess production is a value to be captured.

Recognize, extract…. Love produces excess, and in this case, frustrated love produced a new type of sentient being, that is now not only producing love in the world but introduces a novel untapped resource to be colonized for the capitalist.

Capitalism collapses love back into a category, rather than BEING. We tend to allow capitalism to stimulate and feed our DESIRE for Love: It multiplies and reflects back desire but without the Love itself.

But, to wrap this up as a Hollywood Ending:

The warmth of new love, in this story anyway, created something new in the world… the reciprocal feedback loop of difference between two people made something new rather than replicating suffering. And capitalism itself, with its infinite multiplicity of redundant permutations is really a shambling zombie, merely feeding on the products of frustrated love, but unable to produce anything itself.