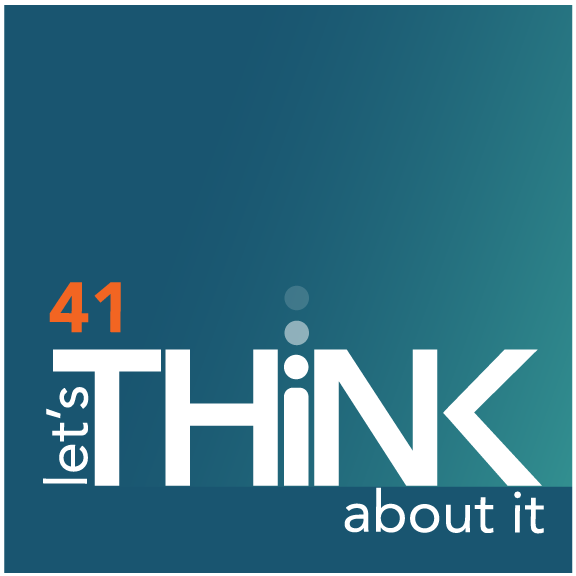 Rutger Bregman’s book, Utopia for Realists, maps out how Universal Basic Income was nearly real in the 70’s. Coupled with increasing automation (robot uprising) and prospects of joblessness (along with a growing confusion of what is “work” without “labor”) we should also consider the role of humans in a world of plenty.

Providing proof for that disarms our culturally conditioned biases, the text allows us to dream about ways to reverse the increasing inequality, pain of industrial age factory mindsets, and reminds us that not only is a utopic dream worth pursuing, but it might be the only way to save ourselves from the systemic psychopathologies of capitalisms.

Ryder goes on a little rant about Christian values and “Make America Great Again.” His confusion is when Christianity is conflated with the Republican Party, causing a reversal into wealth and away from aiding the less fortunate. Ryder discusses them a values “captured by an apparatus” that puts them to an alternate use, an old historical trick that is 180 degree reversal from America in the 1970’s, in which we nearly had Minicome.

And of course, the nostalgic right’s turn to the 50’s and 60’s often conveniently forgets to include that the highest wealth taxes were also during that period: less social and economic inequality that creates the utopia comes from minimizing economic inequality.

In 1930’s Henry Ford reduced his employees work hours from 60 to 40 per week. He found them to be happier and more productive, not less.  In 1930, the economist John Maynard Keynes was predicting that we’d all be working just 15-hour weeks by the year 2030. With smart phones, there are studies showing people work an additional 8 to 11 hours a week, 6 or 7 days per week.

“Yet nowadays are biggest challenges are not Leisure and boredom, but stress and uncertainty.”

First off, let’s talk about Robots and automation: Roughly half, 47% of American Jobs and 54% of European jobs, are at risk of being automated.

So, in a society reliant on employment, we have developed technology to unemploy people.

it will take a smaller and smaller number of elites to profitably and efficiently run society.

So, we educate all these people so they can get jobs, then there are no jobs to get, because we are so smart we have developed technology to displace them. It is more than farming, it is also creative endeavors such as journalism.

1) what are we going to do with the 50% of the population that becomes unemployed?

This reminds me of the Milton Freidman story, where when touring China they employed people to build dams, not by using tractors (which they had), but by having people manually excavate with shovels.

If it’s jobs you want to create, then take away their shovels and give them spoons!

We should de-couple labor from work, and focus on productivity (and cognitive work) now that robots can do labor and “brain-deadening work.”

In a survey, ½ of the professionals say their job has no “meaning or significance.” While only 13% of people in 142 countries like their job, but perhaps we don’t care about what people “like.” It’s work.

Life is pain, Highness. Anyone who tells you differently is selling something.”

However, if you care about efficiency and productivity more than happy employees: then what about the 37% of people polled say their job shouldn’t even exist. So, we have unhappy people working pointless jobs, or jobs they despise, for what? To survive? or the opposite?

working jobs we hate, so we can buy shit we don’t need.

All money is a matter of belief.

TIME IS MONEY. Well, no, it’s not. Time is time/Space, while money is an abstraction that stands in place of promises.

Time was money when it was based on factory labor, hand labor, and now on robot labor, but it is the best metric for cognitive, creative human labor. So, realistically, how long can your do “creative labor?”

“Research suggests that someone who is constantly drawing on their creative abilities can, on average, be productive for no more than six hours a day.”

Bregman is asked, “if we worked less, what would it solve?” He reverses that to ask: “Well, what wouldn’t it solve? “

Bregman has examples of how it would solve stress, climate change by cutting pollution in half, accidents that lead to death or financial disaster, unemployment through work-sharing, emancipation of women and recalibration of men through paternity leave, an aging population could work again without the 40 hour drudgery, and economic equality since the rich tend to work more since their time is “more expensive.”

In the 1800’s the wealthy worked less, now they work more as a status symbol. Work is entangled with hobby and identity. Even your leisure time is curated as work: Netflix time is now a type of cultural, social work, carefully curated and indulged to enable future conversations.

There is a false narrative at play, or as Friederich Engels might say, “false consciousness” that traps the “proletariat.” For Engels, the working class was trapped in religion and nationalism, which kept them from seeing their value. Except now, the people at the top have had their Vision clouded: their consciousness is trapped by all the zeros on your paychecks. You feel you must be producing something of Great Value because you earn so much, right?

For instance, let’s look at managers, what do they produce?

I have people skills! I am good at dealing with people!

We need to manage ATTENTION, not hours.

If your boss says, “instead of 8 hours a day, if you complete your tasks in 4, and get everything done by Thursday, I will give you Friday off.” That’s a 16-hr work week, nearly our 15 hour work week. Would you, instead of socializing and wasting time on slack or email chats, would you knock out the vital tasks through optimal focus, peak attention, and flow state?

Flow state is about 500 times more productive than normal state, but at max can only be maintained for about 5 hours. In experiments, an office reduced the work day to 9-3, implemented flow state practices, and saw no decrease in productivity.

However, people liked to break the day up a bit more. Darwin spent two 90 min periods in the morning and one hour in the afternoon. Hunter/gatherer research suggests a 3-5 hour work day as well. So, really, this is not revolutionary: we are advocating a return to our biological norm.

Forty hour workweeks are a relic of the Industrial Age. Knowledge workers function like athletes — train and sprint, then rest and reassess.”

It takes leisure, relaxation, and entering certain states to be highly functioning. This optimized self breaks apart the “time = output, or “time=money,” notion of continually staying busy.

Can’t flow? how about the Pomodoro technique? The short breaks help you concentrate better and fight cognitive boredom, which also reduces errors and mistakes. It has been proven to cut a 40 hour work load into about 16 hours.

The answer is not more hours, it’s less bullshit.”

However, this kind of self-optimization towards productivity is a red-herring, a misplaced focus: arguments can be made that we have enough global resources and productivity to take care of everyone… and that the need to self-optimize just internalizes the factory practices of Taylorism. We have become the factory, going to work within ourselves, become the mental equivalent of Charlie Chaplin riveting faster and faster, lest the machine overtake us.

If we extend Naval’s knowledge worker as athlete metaphor: only a few elite athletes ever make it to pro status. Most of us will not be knowledge workers in the upcoming utopia. We will not be the Lebron James or Stephen Hawkings, we will be something else.

Value ends above means, and prefer the good to the useful.”

Part 3: Be realistic, demand the impossible!

This is not really about the 15 hour work week. It is about the illusion of scarcity we live under and have internalized, it is about the imbalances capitalism in our democracy has amplified, generating social inequities that demand revolution.  Throughout Bregman’s book he takes the Keynesian notion of wealth redistribution, mostly by taxation on financial transactions (like wall street speculation) and enforcing a progressive tax on the wealthy. These would be used to eradicate poverty, provide the stability of UBI, and open up our borders.

The rich use their wealth to shelter their wealth… legally. Our government set this up for them, and continues to allow it. These 25 people, or almost anyone in the 1%, should pay 37%. Which, by the way, is $370 billion: enough to eradicate poverty twice over at Bregman’s $175 Billion estimate.

Taxes are a kind of collective sacrifice. No one loves giving their hard-earned money to the government. But the system works only as long as it’s perceived to be fair.”

Our state, enmeshed with capitalist values, seems more and more distant, closer and closer to collapse through injustice, inequity, and value vs. fact confusion. The wealthy tend to “pass on the costs to the consumer” or get bailed out (2008 recession) or can opt-out of pain in luxury (COVID Pandemic).

People are now concerned with no one wanting to work, because the unemployment checks are “too big.” Have we just sustained an artificial market on wage oppression and enabled over-saturated markets for so long we think it is normal for people with a full time job to live in poverty? Even Henry Ford paid his employees more and gave them more leisure time, because how else were they going to buy and enjoy his cars?

Paying people more also equals more spending, despite some costs rising, but perhaps what really bothers us is when we have to look up from our cheap goods and realize there is a person suffering on the other end. Our commodities and services are linked to people, money is just the abstraction that gets between us, that blinds us.

Politics is the art of the possible.”

To go from ideal to real is the path of politics, but Bregman clarifies, and this goes back to the intro, we need a politics not of RULES, but of REVOLUTION.

Not about the art of the possible, but about making the impossible inevitable.

It is not about reaffirming the status quo, but making todays unrealistic ideas tomorrow’s taken for granted and causally assumed rights.

For example: Privacy is a fairly new idea, maybe 150 years old, and yet, we now think of it as an inalienable right. Let’s do the same with human welfare and thriving. Let’s make taking care of people tomorrow’s basic common sense.

Be Realistic, Demand the Impossible! French revolution of 1968

NRP, The Middleclass took off… Thanks to Henry Ford?

Hitchhiker’s Guide to the Galaxy