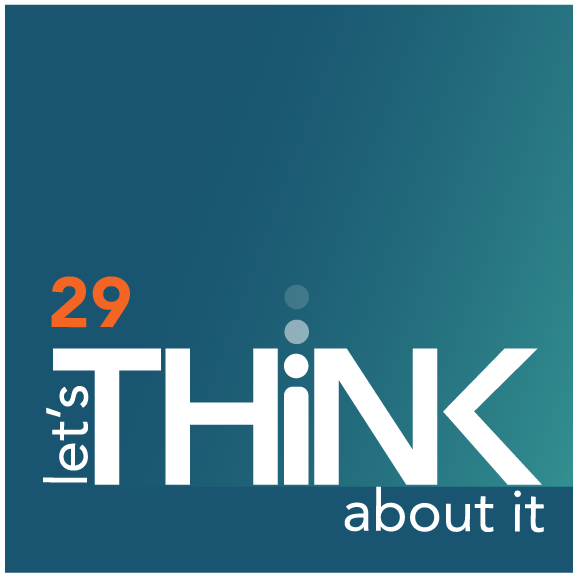 I ended our last podcast insisting on “truth in all things.” Which was what Timothy Snyder says in our last podcast, and I agree. But what exactly is the truth?  In this Post-Truth time of “alternative facts” we need to look at how we define TRUTH. William James says it is “a species of the Good,” like health.

So, big generalized broad-brush truths usually give way to individual truths: my truth is not your truth, my good is not your good. And if your truth is not my truth, then is it actually TRUTH? Not in the classical definition of being in accordance with fact or reality.

Using “Hot Fuzz” as an example, when we agree upon a single version of the good, it becomes a tribal moral imperative. Yet, the only thing that lets us build massive dense cities and have national goals and interests is, as Yuval Noah Harari says in “Sapiens,” is a shared ideology… or some might say, a shared truth, or a shared “good.”

But shared truths have led to the inquisition and National Socialist Germany and White Supremacy. Philosophers have worked hard to chip away at these “common sense truths” by showing how bias determines outcomes, and we have developed this hard work of deconstructing “truths” or “power” into a social prestige game.

And now, we are feeling the effects of this clever ability, as our stability erodes.

“The thing about civilization is, it keeps you civil. You get rid of one, you can’t count on the other. People are tribal. The more settled things are, the bigger the tribes can be. The churn comes, and the tribes get small again”

Amos Burton in “The Expanse”

So, societally, we are in a conundrum of needing a big truth to keep the small fractious tribes from ripping apart civilization. We can try for “fighting climate change” but so far that has only gained marginal success over 30 years having to battle against individual desire and corporate growth.

I did an art show called “The Idyll” in 2015, where the premise was Science & Math as a religion. The take away is that we don’t understand science, yet declare it as truth, outsourcing our belief to others, and championing a set of goals and believing aesthetics of intelligence.

I heard a youtube video where Ray Monk gave a breakdown of the Philosophy of math, but it really looked at notions of truth and objectivity. We walk through Pythagoras, his mystical math cult, the problems with arithmetic, and how geometry became the Ideal Forms according to Plato. And, of course, how our world is a lame shadow compared to the perfect realm, which can be approached through logic and reason.

This realm is objective and determines our flawed world, but Aristotle refutes this idea of math as coming “before” reality, saying we apply it to objects in reality, as it is a “property” of the objects. Yet, this is declared “subjective” by Frege, as he says we choose how to apply it.

Eventually, Kant comes along with analytical propositions and synthetic propositions.
Analytic statements are true by definition, it is necessarily true, such as “all bachelors are male” versus synthetic statements where you pair things that are different. Kant generates another way of knowing: A priori and a posteriori (before or after). But “math” is an odd “synthetic a priori” … see the chart, cause I’m not gonna explain it.

So, all this work, and we are back to a SUBJECTIVE TRUTH, where we filter the world through our ‘lens’ of truth or math.

The reason I find all this important to understand TRUTH is because we are witnessing a pendulum swing of positions: “It is Absolute and Objective.”
“No, it is Subjective and applied to the world by people.”

One fascinating aspect of the TRUTH that we should keep in mind, is almost no one cares what Kant or Plato or Aristotle say about anything. Truth is built mostly on consensus and intersubjectivity. So, while people will argue about God all day and say it is “Truth,” it definitionally can’t be true if it is arguable.

Yet, this has a precedent: Plato invented this realm of the absolute with perfect FORMS, and over time this attempt to prove an absolute realm as the source of TRUE. This occupied and warped some of the most brilliant thinkers in the world, especially when it got conflated with God. Just look at Hegel or Heidegger. (Honestly, it is just too smart for me.)

Rationalism worked to prove that there was the absolute, an all-knower. William James, was a pragmatist, and leaned more into empiricism, pushing back against rationalism. When speaking of the “absolute” or “religious experience” he didn’t deny it existed, he instead offered a metaphor for what it actually does, how it works in reality.

He tried to find a middle ground to focus on what works in our daily lives. What good is ivory tower philosophy when it can’t be instrumentalized? What good is Heidegger? At what point have we descended into “vicious intellectualism”?

James says we come laden with lots of “common sense” truths… that aren’t true. These are handed off to us by parents and society. But overtime we grow, “grafting” the new truth onto our existing beliefs, assimilating them by rationalizing them.

James, also a psychologist, says TRUTH is part of a thought pattern that must be validated and verifiable… and it must be put up for scrutiny.

So, while your ideas must work in reality, you don’t get to make up your own truths. Your ideas must be practical, useful, and have utility.

And this is key… these ideas you hold, even if not useful, may not be immediately harmful to you, but they are not of the “good.” He says Truths are “good” because we can “ride” on them into the future without being unpleasantly surprised.

The benefit of truths is they

lead us into useful verbal and conceptual quarters as well as directly up to useful sensible termini. They lead to consistency, stability and flowing human intercourse. They lead away from excentricity and isolation, from foiled and barren thinking”

If, as James says, TRUTHS are of the good, then why do we work so hard not to verify our truths?

Ryder Richards, The Idyll (art show based on the religion of science) [link]

The EXPANSE [link]
And, yes, I have read all the books.